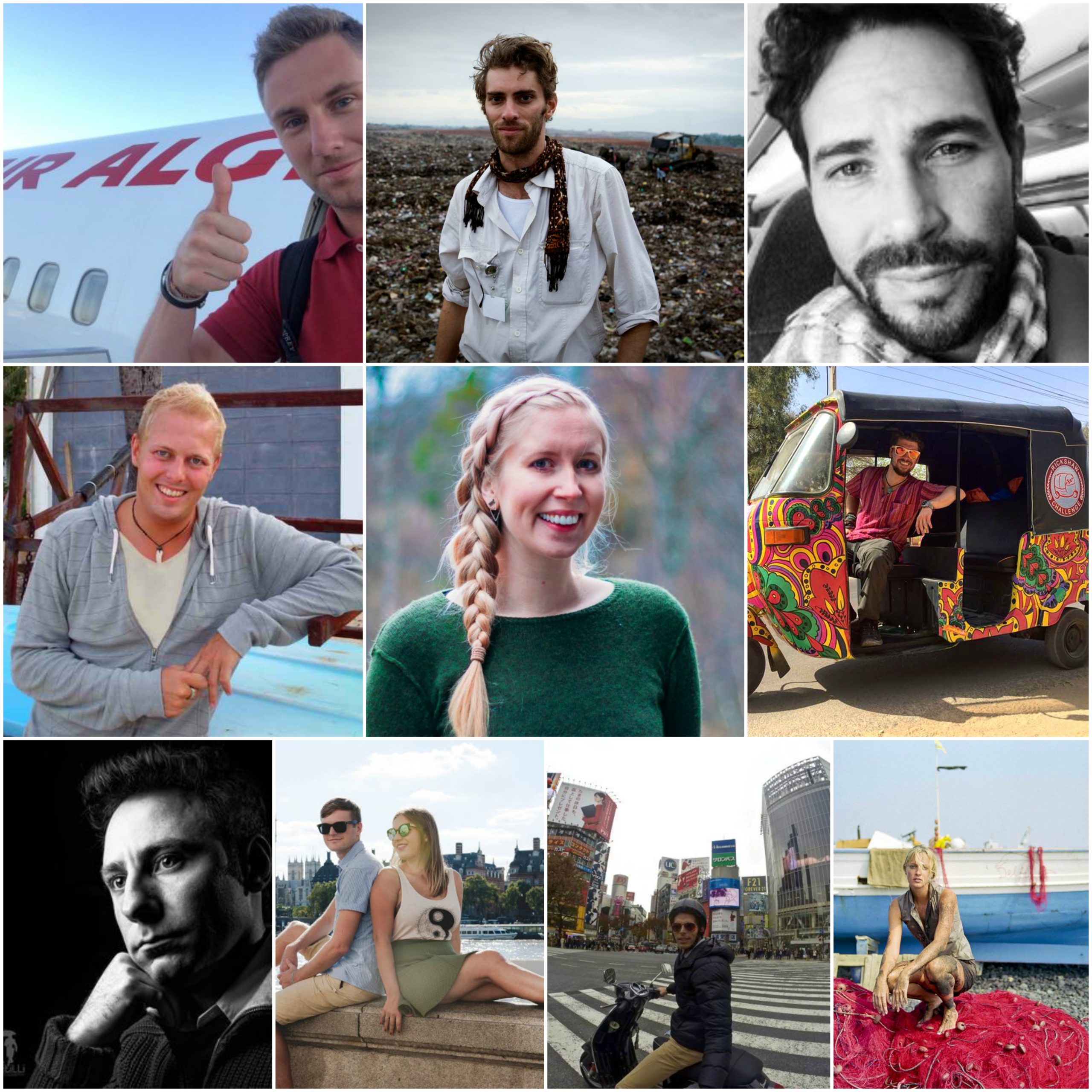 These 10 European Travel Photographers have somehow managed to do just that:

Jonas is one of Norway’s finest photographers and something of a household name in photography. His series of photographs shot in Kenya’s capital city, Nairobi, called Kiera was awarded a National Magazine Award in 2007. His ability to set the scene and make a photo tell a story is unrivaled and that’s why National Geographic and Newsweek number among his clients. Preaching responsible tourism Matthias is a German with an eye for the unusual and is carving out a name for himself on social media as he does so. His blog is interesting though you may need Google translate if you want to pick up all the nuances of the text within.

This Dutch photographer, known to the world as TravelTomTom is one of the most popular photographers on Instagram. He’s done things you wouldn’t believe in order to get the perfect shots and has taken over 100 flights to see multiple countries and continents.

You get two for the price of one with the Travelling Weasels. Laura is from the United Kingdom and Tanbay is German and they’ve been on the road for a long time taking photos and seeing the world and all it has to offer. Johnny, an Irish photographer, recently managed to complete a full tour of the world. That is he’s set foot in every single country on earth. His images from Yemen (his 2nd last country) are truly incredible and the photos from Norway (where he celebrates the end of the trip) are coming very soon.

Will Hatton – The Broke Backpacker

One of the first and best known digital nomad photographers, Will Hatton tells inspiring stories of his life on the road with no money and just a camera for company. With over 50,000 Instagram followers, he’s definitely doing something right.

Claudio is an unusual photographer best known for his travel work which includes his teddy bear. He also makes most of his living from Shutterstock work which is very different from most professionals who try to earn their crust from selling directly to magazines or clients. It does mean, however, that Claudio’s work has been widely viewed because of the ease of accessibility of his shots for commercial use.

Silvia is both European and American as she holds passports from both Norway and the USA. However, she’s stopped travelling and chosen to make herself based in Norway for now and that tilts the scales to full European. She’s photographed over 70 countries and her travel stuff is widely followed. Marie is a French photographer who’s been taking travel photos for more than twenty years. Her portfolio includes work published in Travel & Leisure, Conde Nast Traveler, and the Wall Street Journal to name but a few. She’s based out of Montmartre in Paris but from the looks of her website, she rarely stays still long enough to appreciate it.

Last but very definitely not least on our list is Davide Petilli from Italy. He’s been travelling the world for years now in search of the perfect travel shots and his sense of whimsy and individuality really sets him apart from many other photographers. His use of black and white is very strong but it’s the colour shots that show just how much creativity Davide can bring to bear on his work.

These 10 photographers are all brilliant in their own way. It will be interesting to see what the coming years have in store for photography – as the competition to create incredible images becomes ever more intense.

If you’re a digital nomad, whether it be in Europe or elsewhere, you have to start recording your memories and hopefully these photographers will inspire you to take better snaps yourself.

Find us on Facebook, share you best piece of photography and we will give you a shout out.