Notable Sites in Portugal Every History Buff Must Visit 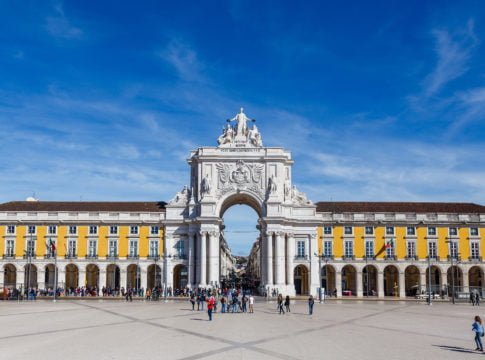 Created in collaboration with Trip101.

The Iberian Peninsula has been inhabited for 30,000 years, but Portugal traces its roots back to the 12th century as a country. Scattered across this small Western European country, you’ll find a huge number of fascinating historical sites, that will really make your trip special.

In this article, we’ll take a closer look at 10 of the best historic attractions in Portugal. Hopefully, it’ll make your trip much easier to plan for the things to do in Portugal! 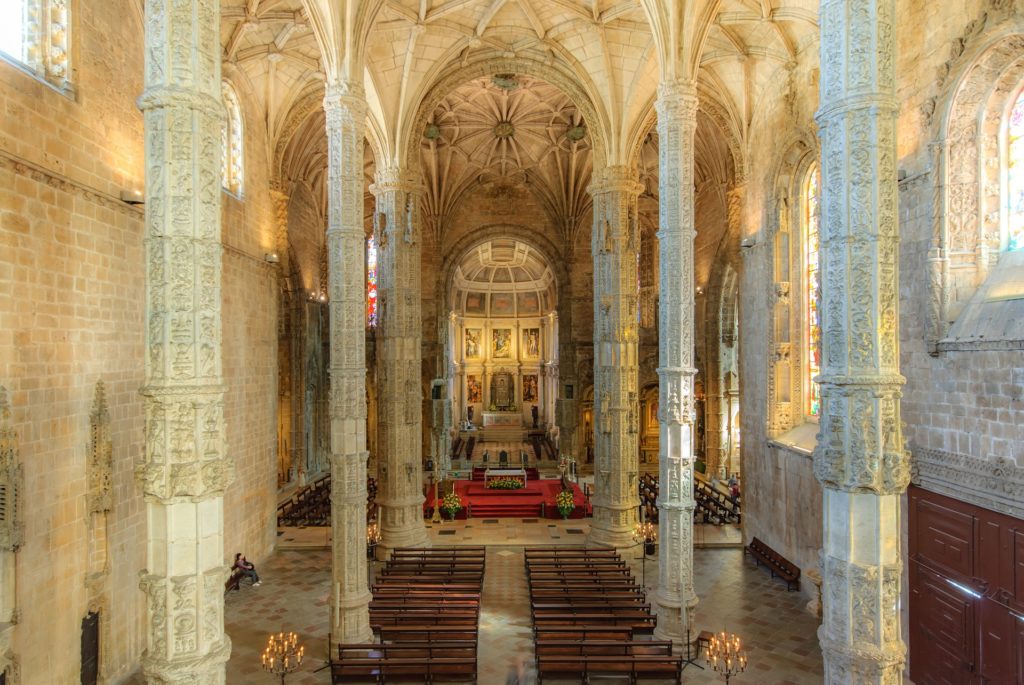 One of the true highlights of any trip to Lisbon, this 16th-century monastery is a UNESCO World Heritage site. It was built as a monastery to the Portuguese age of discovery, and you’ll find Vasco da Gama’s (one of the greatest Portuguese explorers) tomb at the entrance. Although the monastery was intended to be completed in eight years, it took over a century to finish this incredible building. In the space between Mosteiro dos Jerónimos and the River Tagus, you can wander through the Praça do Imperio Gardens. 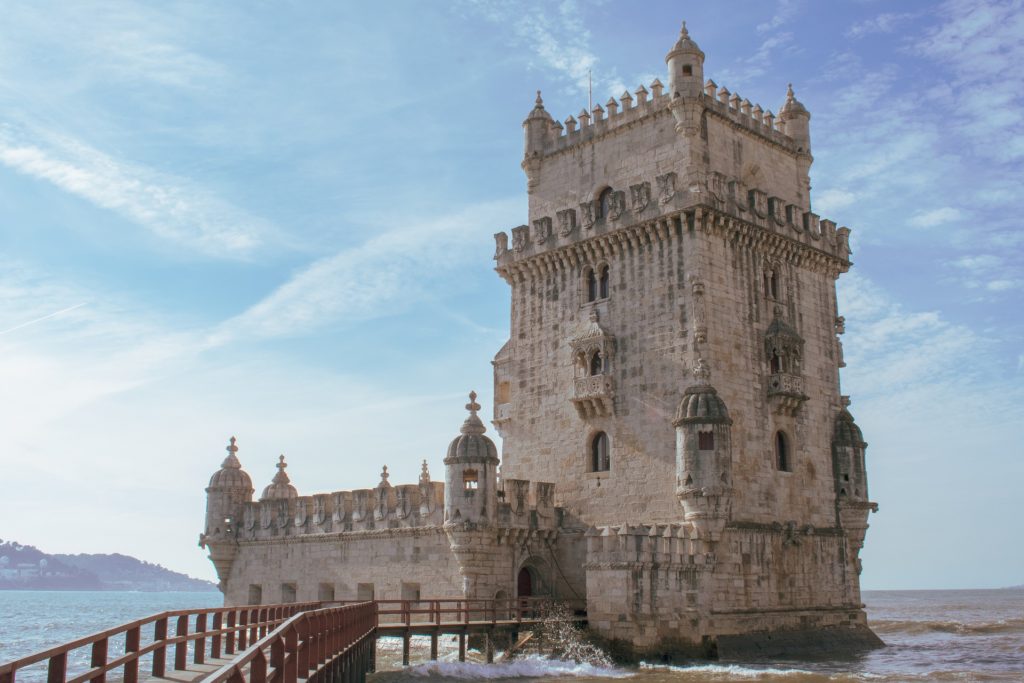 Often combined with a trip to the Mosteiro dos Jerónimos, the Torre de Belem is close by and sits at the water’s edge. Another symbol of the Age of Discovery, this fortress was also built in the 16th century. Take a walk up the steep spiral staircase to the top floor terrace, where you’ll be rewarded with one of the finest views of Lisbon’s river and waterfront promenade. Don’t forget to head to Pastéis de Belém for an original pastel de nata while you’re in the area! 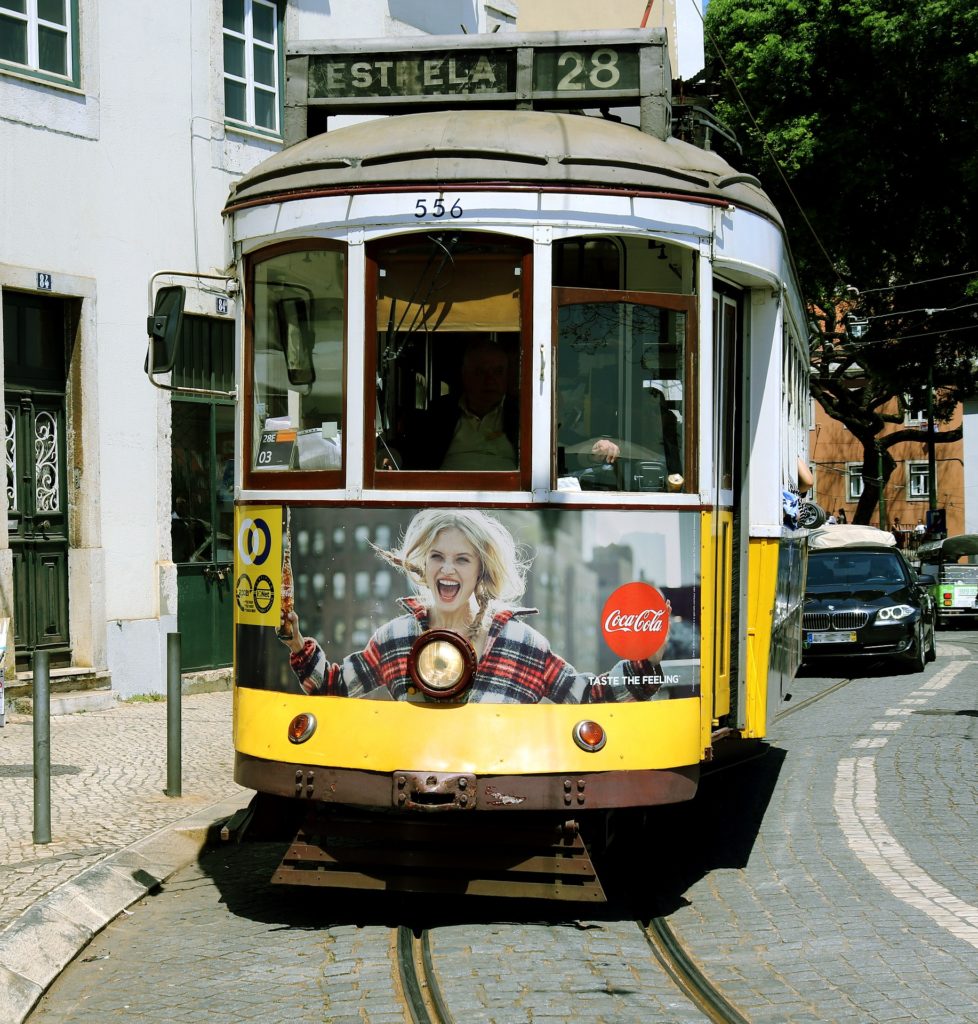 Portugal’s iconic Tram 28 connects Martim Moniz with Campo de Ourique, but it’s what it’s in between those two spots that are really worth checking. The little yellow tram passes through the most historic districts of Lisbon, including Alfama, Graça, Baixa, and Estrela. On the journey, you’ll pass by the ornate and intricate Sé (Cathedral), which displays a blend of architectural styles. The trip culminates at the Castelo de São Jorge. Not only are the museum and battlements impressive, but the views across Lisbon are stunning!

In the 10th century, Portugal wasn’t a country the way it is today. But this castle was built to defend against the Vikings and the Moors, before becoming the seat of Portuguese royalty. In the 12th century, Afonso Henriques became the country’s first king. The castle continued to be the seat of royalty until the end of the 14th century, and countless battles were fought to defend the fortress. It was abandoned until the 20th century but has since been lovingly restored to its former glory.

Founded in the 8th century, Óbidos Castle was built by the Moors, while also being the foundation of the imposing city walls. In the 1200s, it was remodelled and made more comfortable for the queens who lived in the palace. If you’d like to visit the castle nowadays, you’ll have to book a room as it has been converted into a pousada. That’s pretty much a luxury hotel! Views of the surrounding vineyards and landscapes are stunning, but it can be quite expensive to stay! 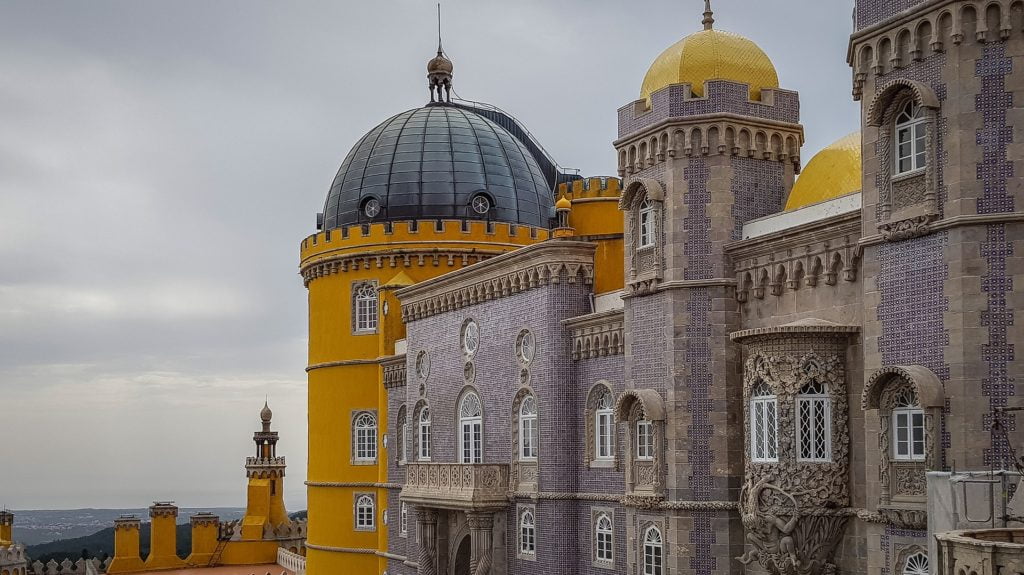 This mishmash of architecture was commissioned in the 1830s by King Ferdinand and is now one of Portugal’s seven wonders. You could be forgiven for thinking that on the short train journey from Lisbon, you’ve stepped out into a Disney film! The Pena Palace, which is built on the remains of an old monastery, is not the only site worth visiting in Sintra. You should also check out the Palace of Sintra, the Quinta da Regaleira, and the Castle of the Moors. 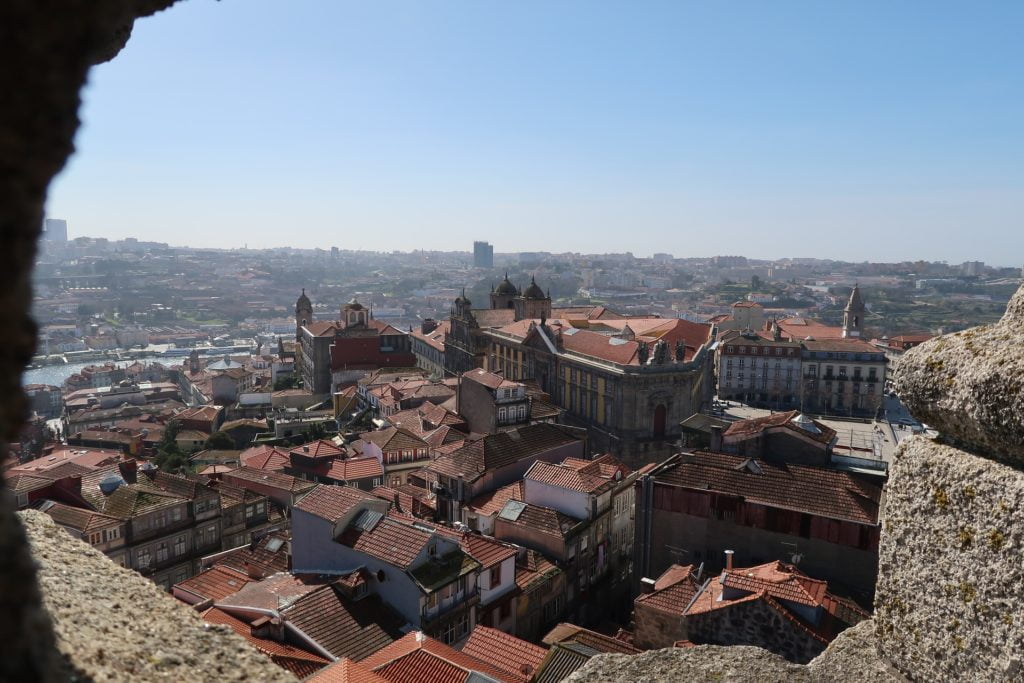 The Torre dos Clerigos is the tallest building in Porto, standing 75.6 metres above the beautiful port city. You can climb the 240 steps to the top of the intricate tower for views of the River Douro, the port bodegas on the other side of the river, and all of Porto’s surroundings. If you don’t have a head for heights, it’s still worth visiting the beautiful baroque Clerigos Church, before taking a walk through the narrow streets of the Old Town.

Navigating your way through the Old Town will eventually bring you to one of the most beautiful train stations not only in Portugal but the whole of Europe. It’s still a working train station but is on every Porto tour itinerary. Why’s that? Well, there are more than 20,000 azulejo tiles adorning the walls of this French Beaux-Arts style building, depicting Portuguese history, royalty, and transport.

Not quite in the centre of Leiria, but 15 minutes south you’ll find this incredible UNESCO World Heritage Site. It was commissioned to celebrate the victory over the Moors in 1385. It is adorned with complex carvings in several architectural styles, including High Gothic, Moorish, and Spanish Plateresque. This incredible monument consists of a royal cloister, unfinished chapels, chapter house, and a church. Leiria boasts a number of museums, churches, and a castle which are also well worth your time.

Last but not least on this list of the best historical attractions in Portugal is the Santuário de Fátima. It’s a major Catholic pilgrimage site, where three children had an apparition of the Virgin Mary while out tending to their sheep. On this spot, the imposing Neo-Baroque Basílica de Nossa Senhora do Rosário was constructed – one of two basilicas in Fatima. They’re joined by a huge square, and even if you’re not religious, it’s definitely worth sticking this on your Portugal itinerary!

So, now you know the best places for history buffs to visit in Portugal…

It’s time to book your trip. If you’re looking for a home away from home while visiting these incredible historical attractions in Portugal, why not take a look at Gogo Places? They offer several private rental accommodation options that will really make your trip memorable and special.