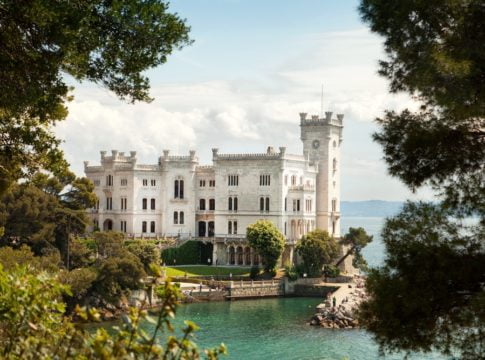 Being home to an overwhelming number of historic buildings, rich cuisine, all types of global brands, and hosting numerous events constantly throughout the year, Northern Italy also offers breathtaking mountainous views surrounded with stunningly beautiful lakes, which should be more than enough to at least trigger your curiosity.

To continue our series of blog posts presenting the Digital Nomad’s Guide to Northern Italy, we picked 5 northern cities, where you can relax in the mountains and lakes, enjoy some great food and even go hiking. They are Lecco, situated at the southern shore of the Lake Como; Bolzano, the most Germanic part of Italy; Parma; famous throughout the world for their cheese and ham; Padua, one of the most beautiful and underrated cities of Venetto region; and Trieste, where Italy is almost about to end. 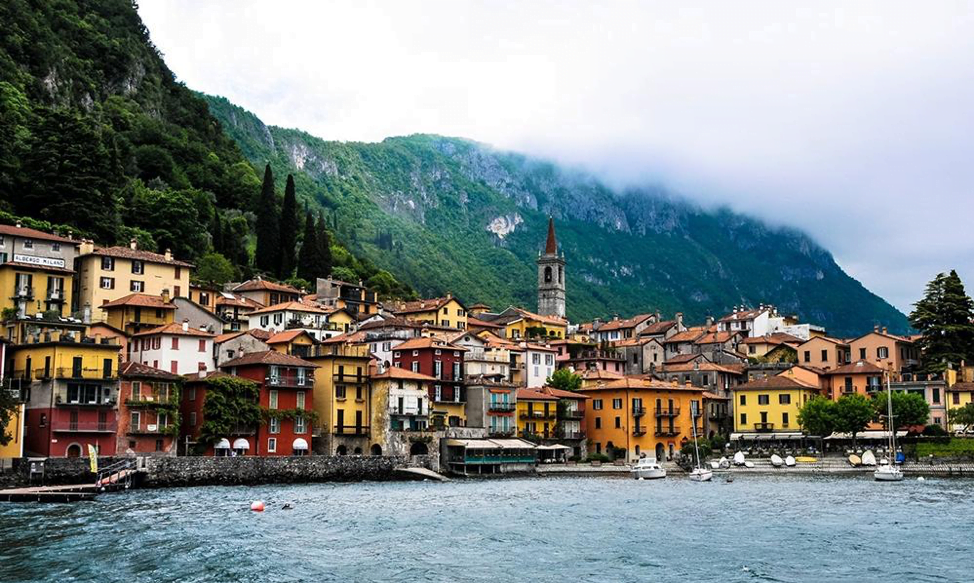 Located on the south-eastern branch of famed Lake Como, Lecco is a small town in Northern Italy, often unseen and probably not the main choice of travellers in the area who come to admire the lake. But this small lakeside town can be a perfect fit for those who are keener into finding alternative and less obvious options, that might end up to be more fulfilling.

Lecco offers a rich cuisine, modest architecture together with huge Bergamo alps sitting on the background and it is less than an hour away from Milano.

If physical activities are something you usually include in your daily agenda, in Lecco you won’t lack options. It’s famous for its great cycling and running routes in the surrounding area in the mountains. For the wintertime, there are ski resorts options as well not that far away. None of them is super big which is definitely compensated with breathtaking routes facing the dramatic mountains in the horizon.  Piano Di Bobbio is one of the main places to go, besides being a ski resort, offering a full range of activities such as mountain biking, climbing, trekking and many more. 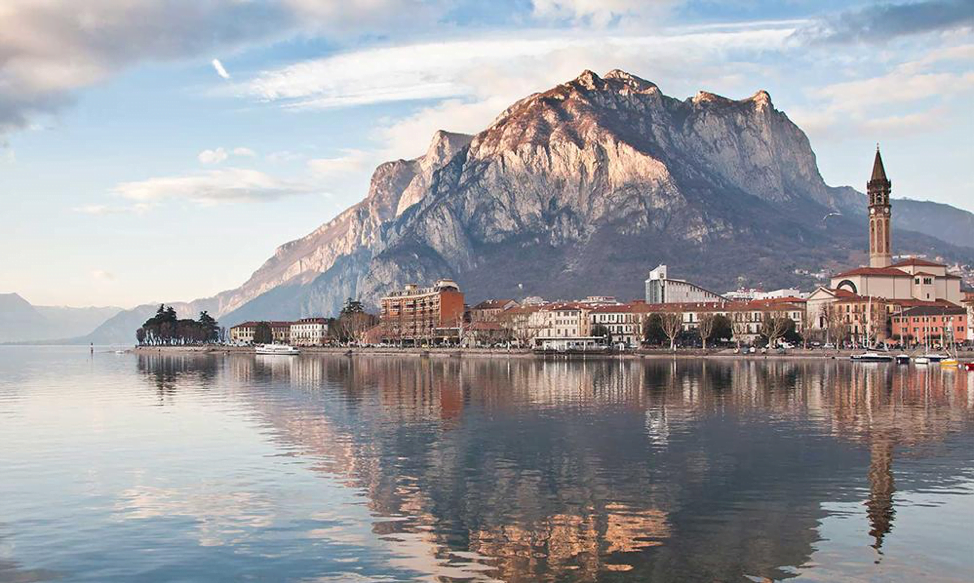 Being a part of the Lombardy region, Lecco has a really nice cuisine, where a lot of region-specific ingredients are represented. To name some, one thing that is worth trying out, for meat lovers, of course, is Brianza salami together many other lake-fish dishes. All Porticciolo 84 can be the spot to head, offering a nice menu with all the local cuisine specific Italian seafood.

And last but not least, in this beautiful town with historic architecture combined with modest Lombardian houses, one can find coworking spaces as well. Coworking Lecco being the main one is located in the city centre, only 300 meters from the lakeshore, positioned between the Castello and the lake itself. Just a nice quiet place in an exceptional location.

The most northern city out of all the mentioned ones, Bolzano – of fairly small size – is the biggest one in South Tyrol – the German-speaking region of Northern Italy. The city is officially bilingual, with one-fourth of the population speaking native German.

South Tyrol was settled by ethnic Germans who continuously inhabited the region. Being a part of Austrian monarchy from the 14th century, it became a part of Italy relatively recently, in the 20th century after the first world war. Many ethnic Italians started to move to Bolzano from then on and fast forward to now, we ended up having a really nice multilingual city hosting a wide range of cultural events, being considered as the European Capital of Culture, and being home to two simultaneously very diverse and one of the biggest cultures in Europe.

Known as the capital of Christmas, it is also the official capital of Alps, due to the fact that Alpine Convention head seat is located here. Its local archaeological museum is home to Europe’s most famous and the oldest natural 5300 years old mummy of an iceman called Ötzi. 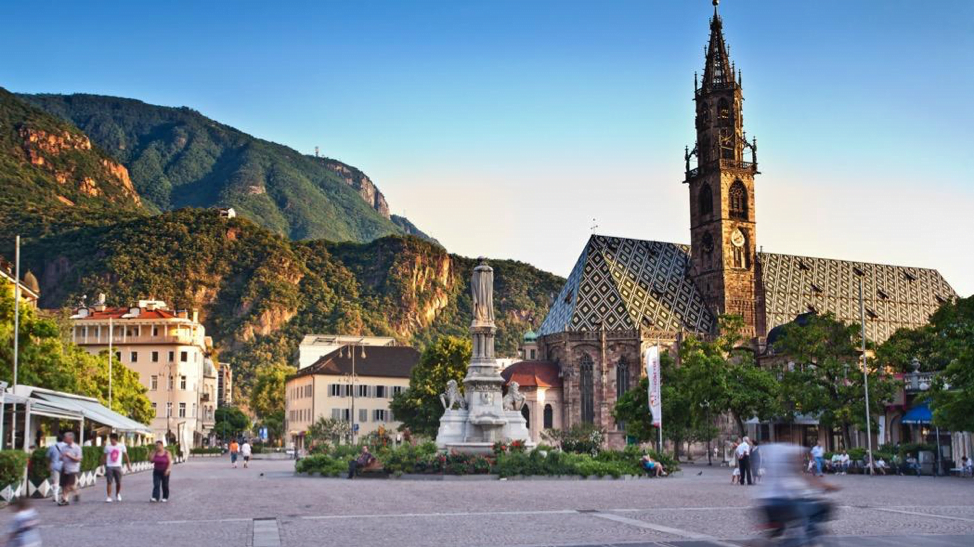 If you are going to visit several Museums, buying the MuseumCard for €2.5 can be a good idea, offering different discounts in all of them. And if you want to explore the whole area of South Tyrol, then you can get also the South of Sudtirol Card for €1.5, which works in the same logic, offering discounts in different places, such as museums, sports centres and etc.

Being responsible for about 12% of European produced apple supply, Bolzano is very well contacted to all the major European cities as well. Which is no surprise, since it has been a crossroad for many years. A place where you will find yourself contemplating between Austrian beer and Italian wine, between Buingorno and Guten Tag.

It’s one of the highest-ranked and most developed cities in Italy, with extremely low unemployment rate and high quality of life, which, as a result, drives up the prices a bit compared to the average region prices that we’ve covered previously in the first part, but it’s still definitely a good trade-off. So also don’t be surprised to see plenty of nice coworking spaces in this relatively small city, such as Coworking Bolzano, Hubz, Startbase and many others.

Being named as a “Creative City for Gastronomy” by UNESCO, Parma is definitely not the place to skip. Interestingly enough, among the huge choice and competition, it’s the first city in Italy to be recognized as such.

Initially built by ancient Romans and then rebuild in the Middle Ages after being partially destroyed, this charming riverside town still ended up to maintain its beauty and also add to it throughout the time. A city where you won’t need a car, walking and biking around should be definitely a good option. Yes, you might not need a car, but if you are a desperate car lover, you can do something even better, tour to Ferrari or Lamborghini headquarters, all based in the region. 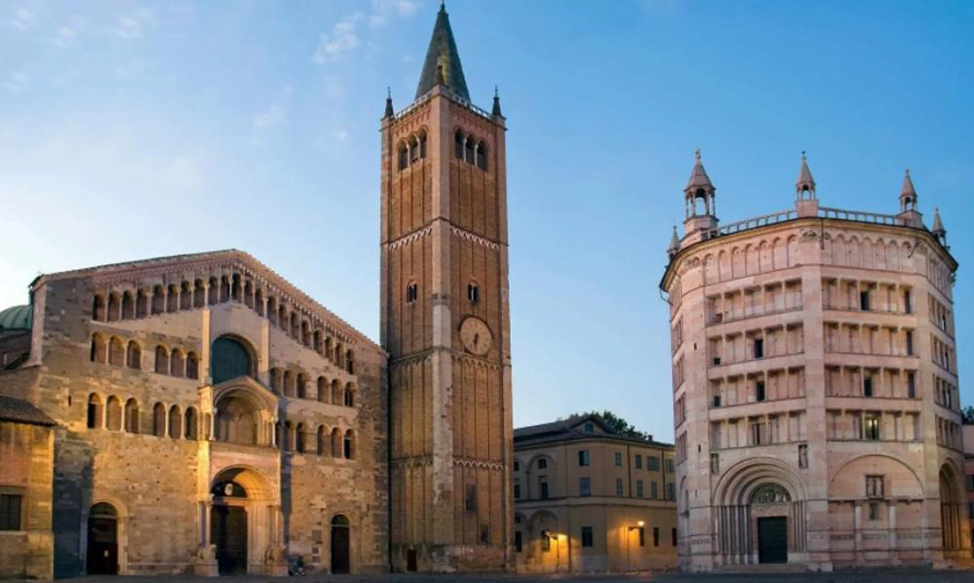 A huge number of local Italian farms are based are also based in this region as food is a huge part of the culture not just in Northern Italy, but the country as a whole. Famed for its cheese “Parmigiano Reggiano” and ham “Prosciutto di Parma”, Parma is also home to famous Barilla pasta company.  When it comes to restaurants, they are abundant in the city. One of the best and cosiest place to go for trying out the local cuisine is Ristorante Angiol D’Or. If want to eat on the road local fast food legend Pepen can be a good alternative.

Being home to world-famous opera composer Giuseppe Verdi, Parma is the host for the annual Verdi Festival, with classical music performances at the spectacular Teatro Regio di Parma, definitely the most impressive place in the city.

In addition, the local public university is one of the oldest in the world. It is quite big compared to the city size,  which results students being a noticeable part of the total population, which is definitely reflected on the streets and makes up a part of city’s identity.

Another beautiful city, but yet often ignored, bearing the consequences of being located close to Venice. Padua or Padova – how it is called locally – always had its unique footprint in the Italian culture.

Located in the very centre of Veneto region, Padua is where the first university botanical garden was created, back in the 16th century. The Botanical Garden of Padua holds huge importance not only for Italy but for the whole of Europe, often considered as a birthplace of botanical sciences. Representing more than 6000 types of floras, species and natural environments it’s a place definitely worth checking out.

One just can’t avoid speaking about monuments when it comes to Italian cities, and Padua is not an exception. Capella Delli Scrovegni is a place to go. It’s a pure masterpiece in the history of painting and western art in general. It’s a relatively small building, that used to be a church, but now part of museum conglomerate called Civici di Padova. You can book the tickets in advance directly on their website to avoid standing in queues. 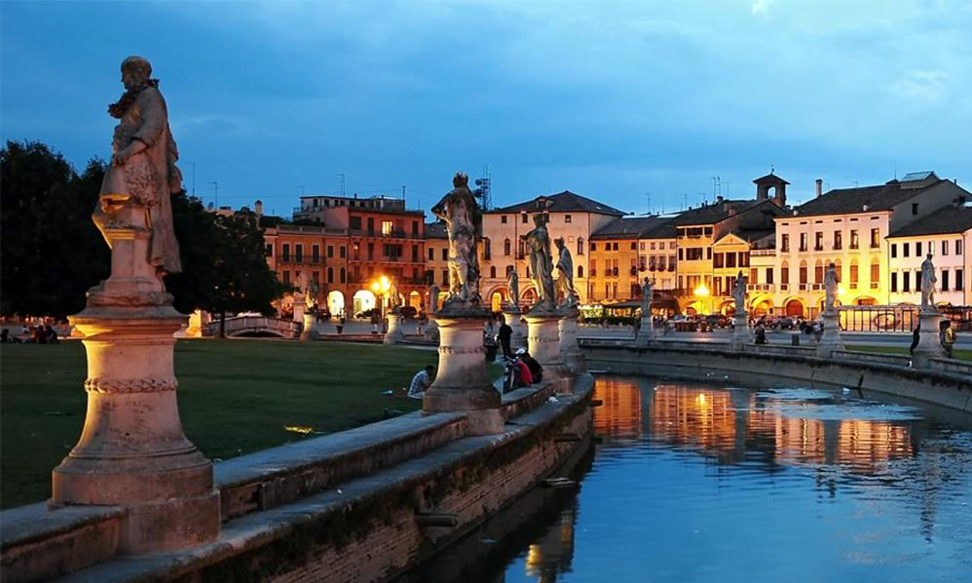 Padua is also famous for being home to the second oldest university in Italy, which was founded in the 13th century, having such people as an astronomer, physicist and engineer Galileo Galilei among its tutors. The city is very young and lively due to the fact of hosting one of the most important and biggest educational institutions in Italy.

Talent Garden Padova, founded about 7 years ago is the most popular coworking place among the locals and probably the biggest one as well. With about 400sqm of space and relatively huge, diverse community of digitals marketers, creatives, developers and many others, together with quite affordable and flexible short and long term membership options, It could definitely a nice idea to give it a try.

Trieste – also known as Trst in Slovenian – is a city in the very eastern part of Northern Italy. A small city that represents several influences at once due to its history and geographical location and a city towards which people like James Joyce and Sigmund Freud couldn’t feel indifferent.

Located less than 10 kilometres from the Slovenian border, Trieste, together with the historical Austrian influence has the beauty of eastern European atmosphere present in the city as well. So it would be safe to say that to some extent it’s a mixture representing Italian, Austrian and Slovenian cultures at once. 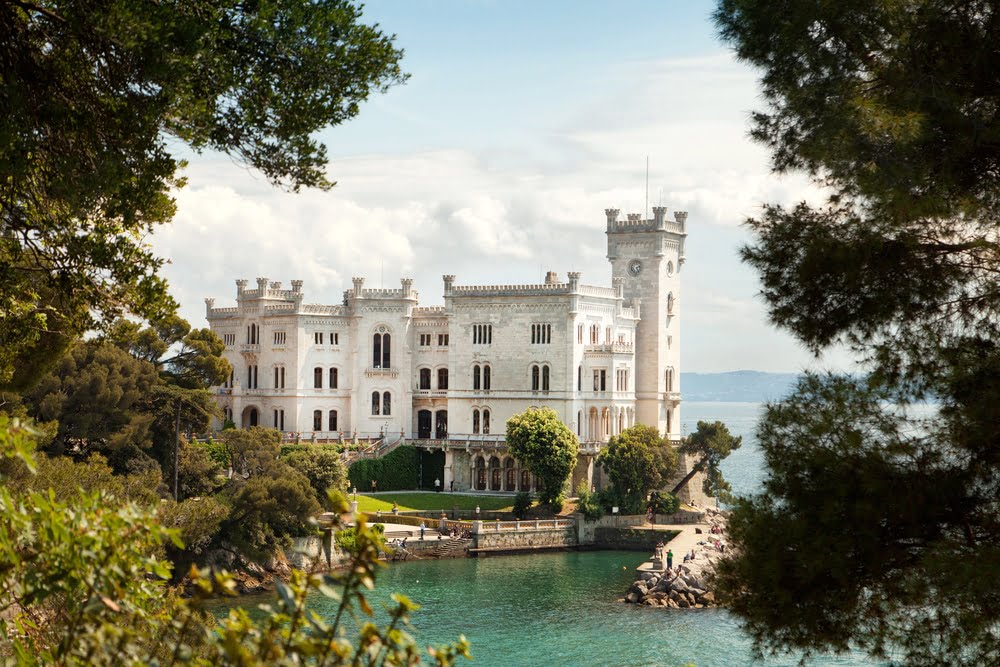 It’s a perfect place for seafood lovers as well. Lying between the Adriatic sea and Slovenia it should not be a surprise that Trieste has a quite nice and unique cuisine and like its culture, influenced by its history and location. Trattoria Nerodiseppia offers a really nice menu representing all the local seafood options, but not limited to.  Another good alternative, especially for steak lovers, is Bracerie Venete Trieste, located on a very charming and narrow street, a typical Italian experience in a non-typical Italian city.

And last but not least, like in any other city in Northern Italy that we’ve already covered above, regardless of its size, you can easily find several coworking spaces with adequate prices. COWO Coworking Trieste Centro and Laby are considered to be the main ones, both located in the very centre of the historic city, facing the beautiful Adriatic Sea, sounds like a perfect setting for a digital nomad to be and create.