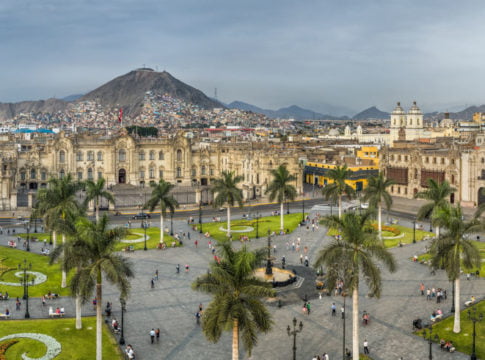 The goal of a Digital Nomad is to never settle in one place. They are never satisfied with anything and are hungry to explore more, to expand their horizons and opportunities. For that reason, Today, we are exploring 7 of these digital nomad hubs in Latin America and if you are considering travelling to that part of the World, stay tuned!

South America has become ultimately popular for this particular group of travellers for 4 main reasons: the cost of living, the internet connections, the culture, and the people. The number of digital nomads coming to the continent to travel and work has risen so much in every Latin American country there was a need to create communities that would serve their particular demands. Now you can easily find several Digital Nomad Hubs spread around the continent that attract more and more travellers,  to explore, work and meet other fellow Digital Nomads.

Lima is the largest city in Peru and the capital of the country. It is a beautiful city surrounded by valleys and rivers in the central coast, overlooking the Pacific Ocean. Many travelers claim what attracts them to the city is the tasty food (specially ceviche!), the lack of air pollution, the astonishing amount of green areas and the kindness of the locals which are always willing to spend some time with foreigners to show them around, speak about cultural differences and explain the history of their country. 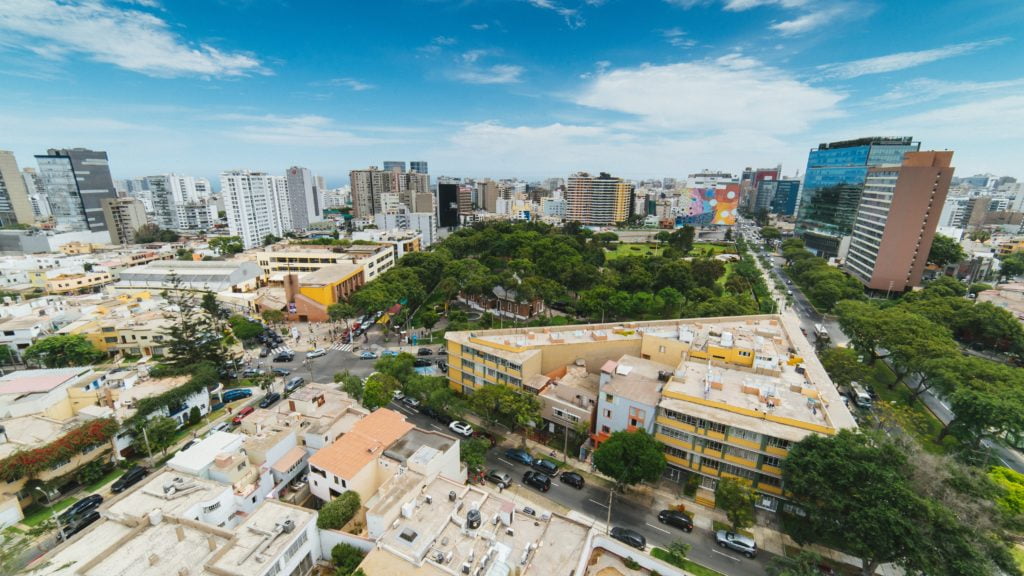 No wonder lima is quickly becoming such one of the greatest digital nomad hubs in Latin America, right? Also, the city has a huge advantage which is one of the fastest internet connections in the entire continent.

Bogotá is the capital of Colombia and also the largest city in the country. It is located very close to the Equator which allows temperatures to remain cool throughout the year due to the high altitude where it’s located.

If you ask digital nomads why they choose Bogotá, they will probably mention accessibility, cost of living, business environment, quality of life and market access. 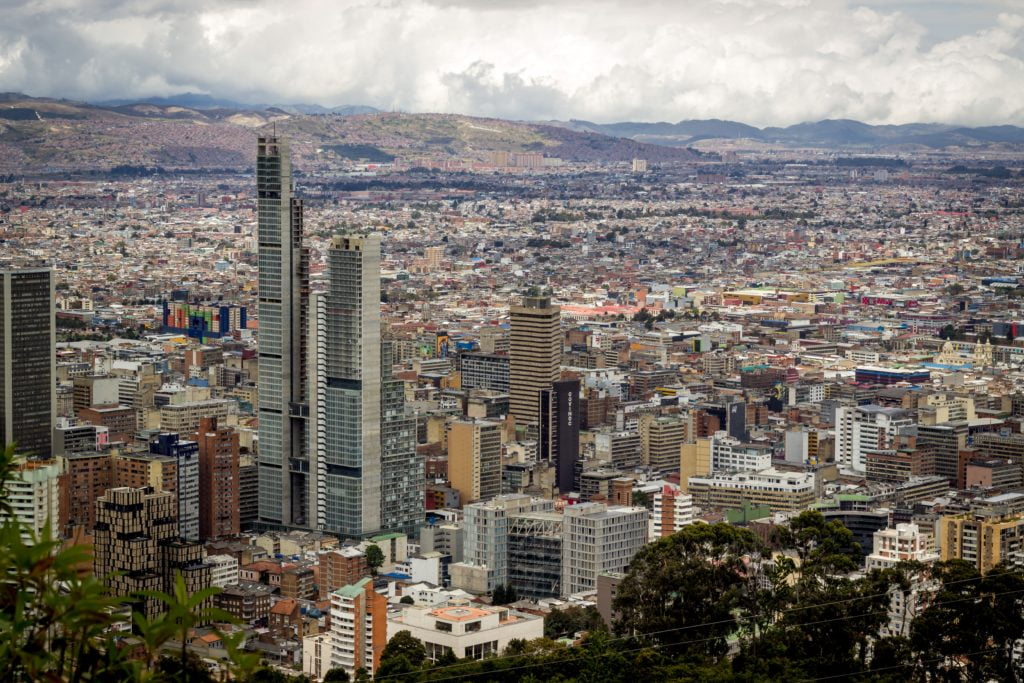 The green places are a highlight of the city,  with more than 5000 public parks. It also is a culturally rich place with 77 museums, 80 libraries and 70 theatres spread around. Not only that but it also has the widest network of bike paths in the entire continent of Latin America (392 kilometres).

Lastly, Bogotá is very popular for Digital Nomads due to the availability of Co-Working spaces, with some of the best being Varietale, Emprendu, and WeWork.

Bucaramanga is one of the cheapest cities in Latin America, making it very attractive for Digital Nomads as they can live a luxury life which wouldn’t be possible anywhere else.

The weather is very nice, and the city possesses some of the best medical and health services in the region. Despite the locals not speaking English very well and the network of public transports not being the best, the region is gorgeous and the internet connections are incredibly fast due to the fact that Bucaramanga is the home to 10 Universities. 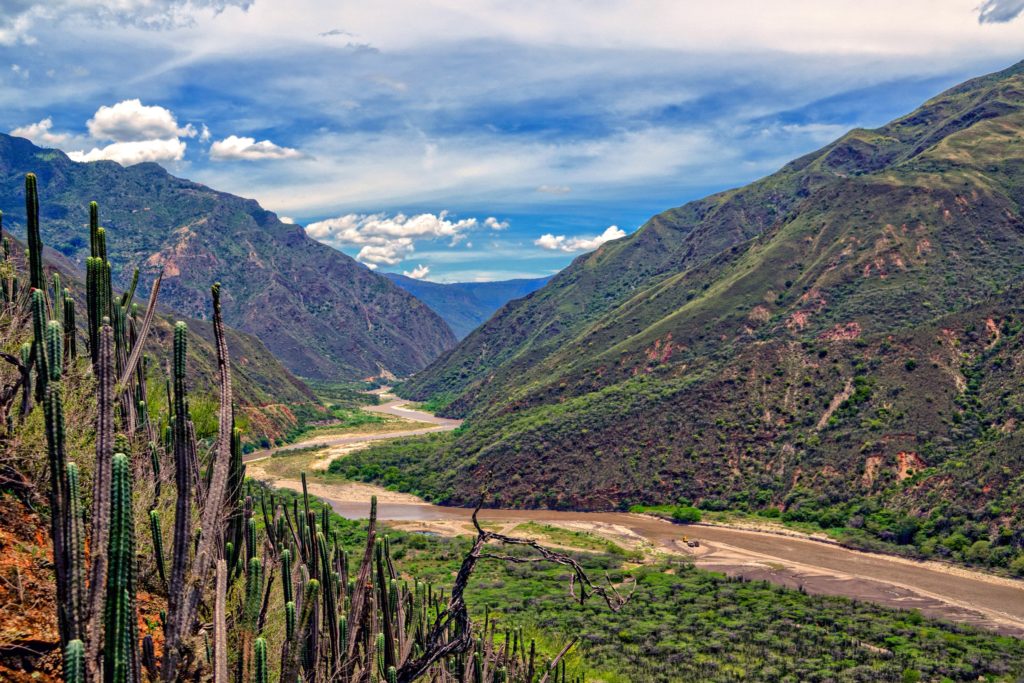 More and more Digital Nomads choose to stay for longer periods of time in the city, not only because it satisfies all their tech needs, but also because it has a wide variety of activities and places to explore.

Cuenca is located in the highlands of Ecuador at about 2580 meters above sea level and the centre of the city is listed as a UNESCO World Heritage Site due to its many historical buildings.

The city is also popular due to the wide variety of cultural activities, which maintain the Digital Nomad community busy during their hours off. However, in their working hours, they are also very well served. The average speed of internet is 4mb/s which is not incredible, but most accommodations offer way faster speeds. 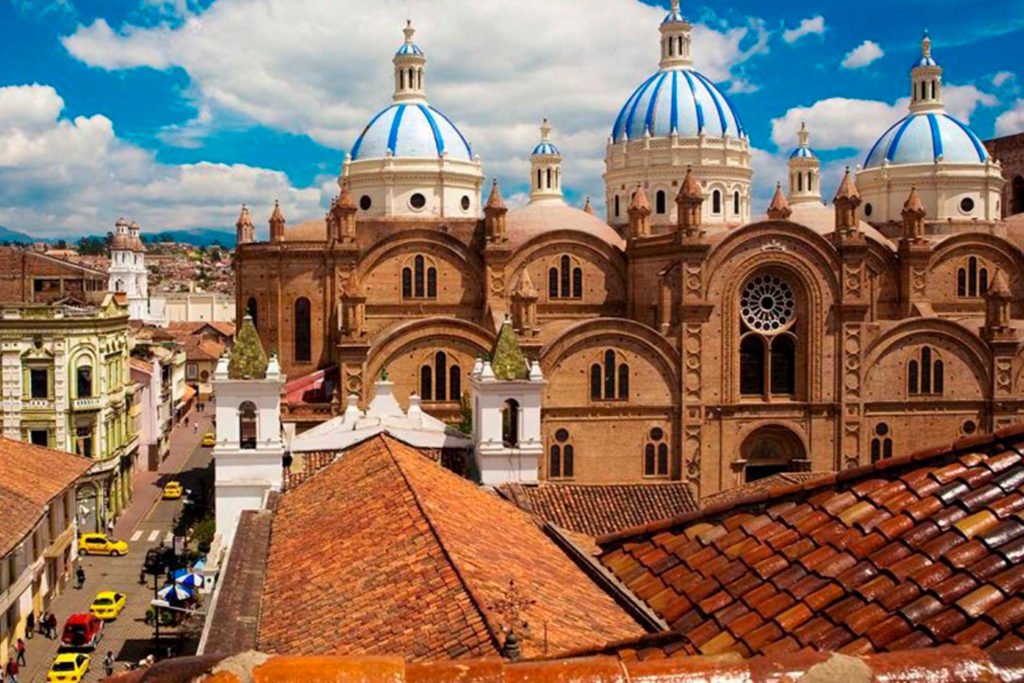 The cost of living averages 800$ a month, which is very cheap for a Digital Nomad to stay for a couple of months. The weather is also very constant, tending to remain the same year-round – sunny and nice.

Mexico City is the capital of Mexico and the most populous city in Latin America. It is considered one of the important cultural and financial centres in the entire continent. 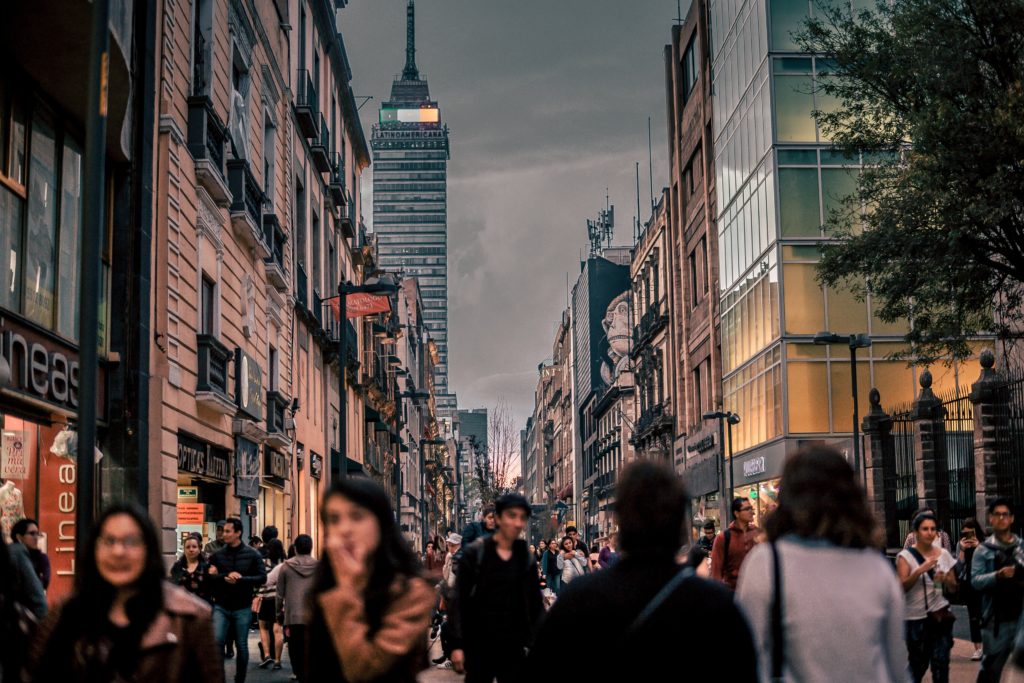 Despite being the most expensive city in the country, for many Digital Nomads, it remains very cheap. The greatest advantage of Mexico City is that it is situated very close to the US and the time zone is pretty much the same. The great internet connections, the cost of living and the rich culture are also strong factors that attract Digital Nomads to this constantly growing city.s

Buenos Aires is Argentina’s biggest cosmopolitan city and it is considered one of the best places concerning the quality of life in entire Latin America. It is also the most visited city in South America and the second most visited in Latin America due to its great weather, multi-cultural atmosphere, open locals and vibrant vibes. 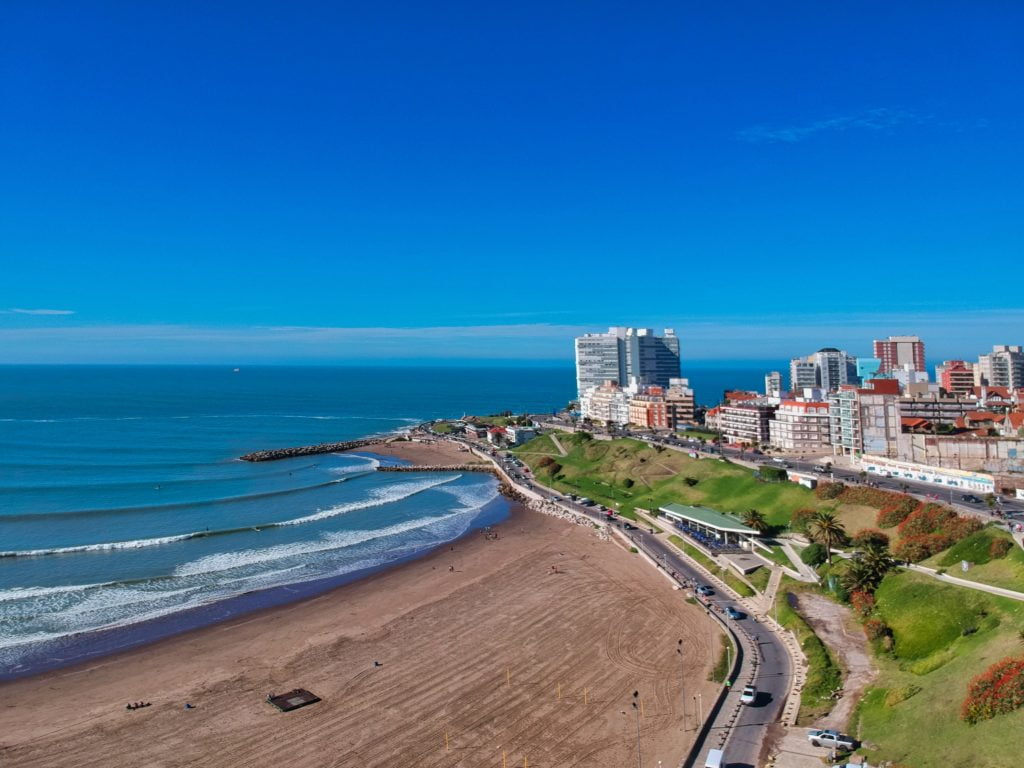 On the low season (between October and March) temperatures can reach up to 30 degrees celsius, and even if the temperature changes, you will never get too cold.

Despite being a very famous destination for tourists, for Digital Nomads it is a very good option due to the fast development of the business scene in the city. This not only brings new opportunities to remote workers but also brings the advantage of fast internet connections.

For Digital Nomads that are looking to settle for some time, it is the perfect place with the greatest beaches in the continent and possesses all the conditions needed.

Besides, it is extremely cheap, and Wi-Fi connections are very good. Another differentiator is the possibility to use  American Dollar everywhere, and English is spoken by most locals. 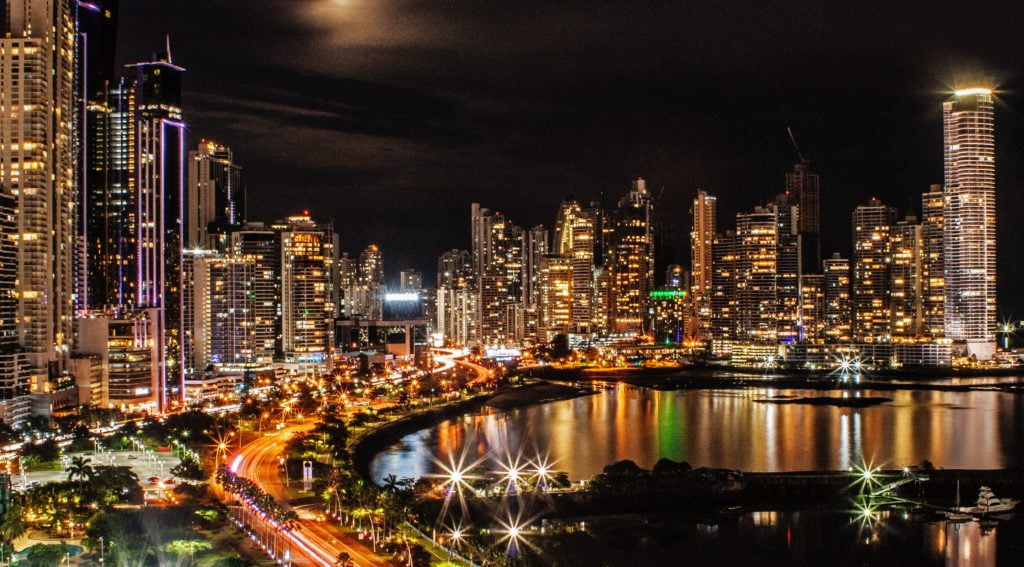 Latin America is an entire world to explore. It is a must for most Digital Nomads to spend a few months at some point in one of the cities mentioned above.  Their diversity and weather conditions allow remote work to happen and still keep you busy in your off-hours with amazing activities and breathtaking places to explore throughout the continent.

Where will you go next?