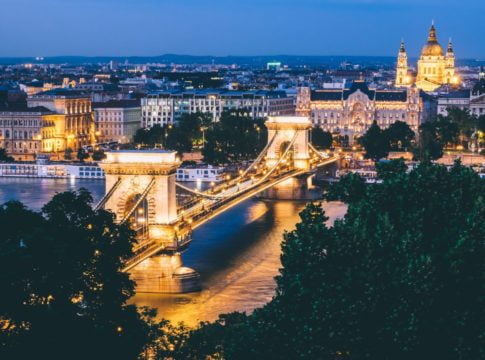 When we think of the reasons as to why people choose a digital nomad lifestyle what immediately jumps to our minds are sandy beaches or waterfalls. However, Eastern Europe is attracting more and more travellers who are looking to live cheaply while building a new online business. Eastern European Capitals like Budapest, Prague, Zagreb or Belgrade are now a hub for tech companies and coworking spaces. By offering affordable cost of living, great social and cultural activities and modern entrepreneurial drive, they create a perfect combination for young digital nomads trying to find a place to settle for a month or more.

Cities such as Budapest or Prague are appearing on leading positions in popularity for Digital Nomads. According to Nomad List, which is based on reviews and created by nomads themselves, Budapest and Prague appear on first and third place, respectively, beating hundreds of other cities around the world. As a bonus, both cities have great flight connections. 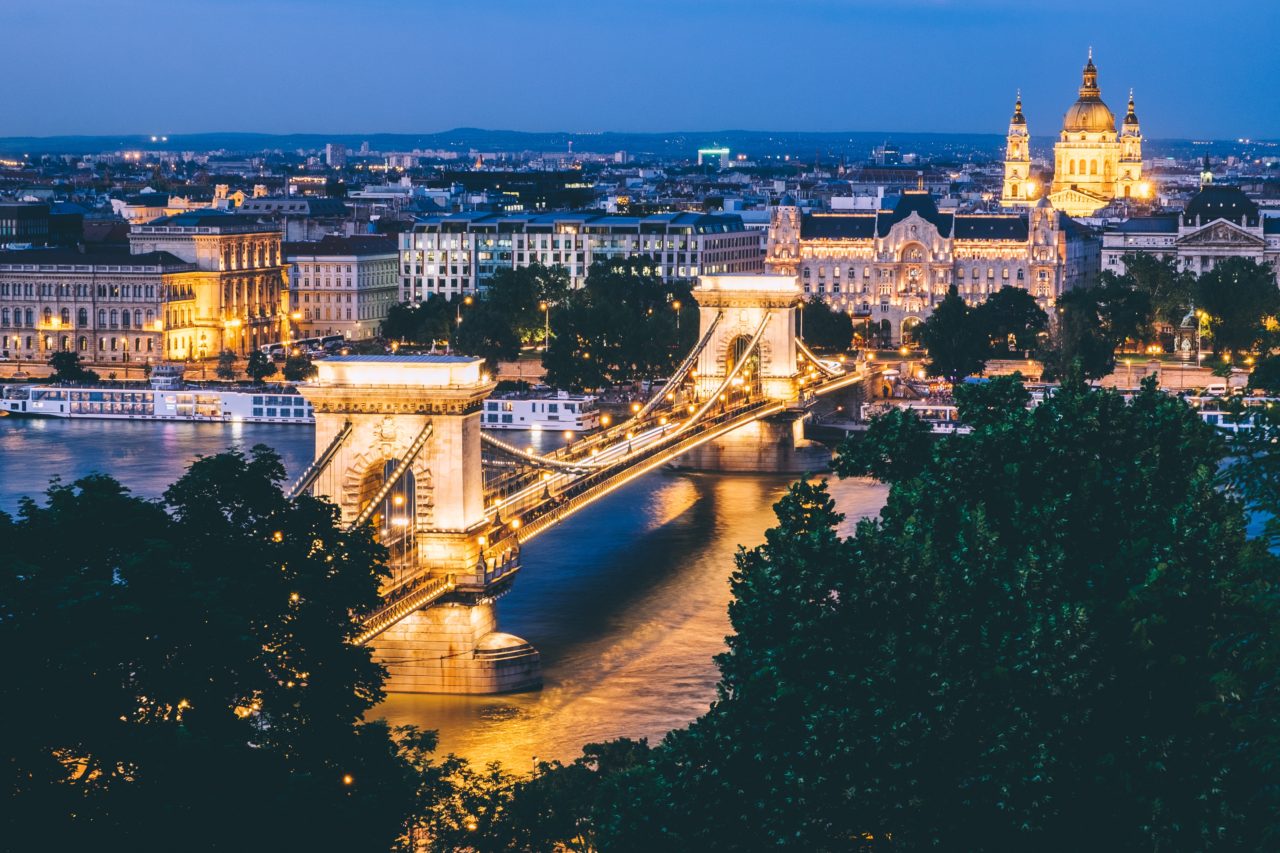 In case you want to live in a place that will keep you entertained, Budapest has an endless array of wonders to visit: The Buda Castle, the Parlament, Fisherman’s Bastion and so much more. Obviously, this creates huge affluence of tourists and prices are also affected. However, in comparison to other touristy European cities, Budapest is still frequently described as a “budget city for digital nomads”. And besides being a vibrant city, with lots of things to do, Budapest also offers a great variety of places to work. There you can find top coworking spaces such as Kubik or Impact Hub Budapest for an average price of €100 per month for a semi-permanent spot and there’s also a myriad of nice cafes with good WiFi connection. All things considered, Budapest is a very appropriate city for working as a digital nomad. 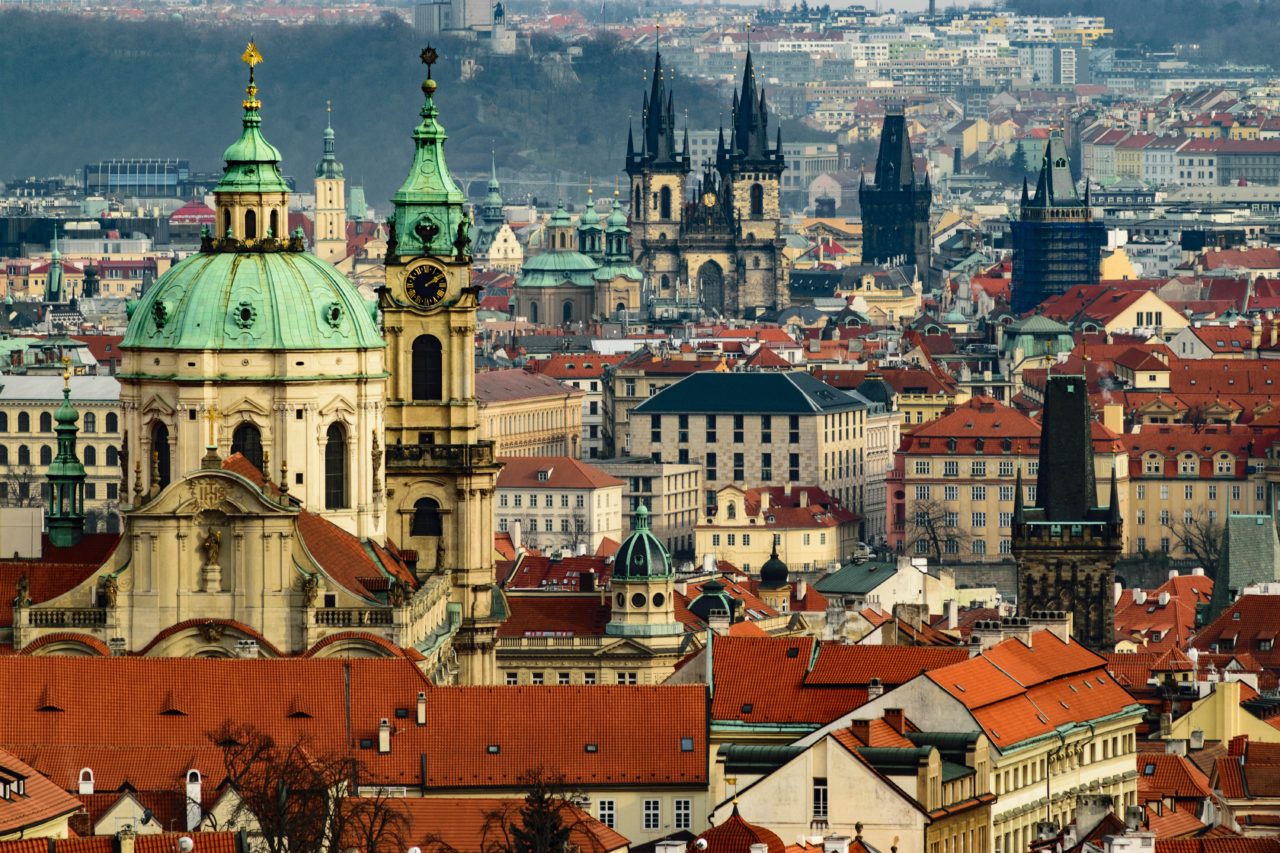 Prague can be a bit more expensive to live than Budapest, but the capital of the Czech Republic can make up for it due to its in charm. Beyond its gorgeous gothic architecture and bridge-adorned river, the city offers scenic views and lively nightlife venues. Prague can also be a nice base for exploring the rest of Europe, by bus, train or plan. For digital nomads, the city offers a rather active expat scene, with many meetups happening all over the town. Prague is also cheaper the most cities in Europe and with rent starting form $600/$700 a month. Groceries are reasonable and restaurants are inexpensive if you go to more local spots. Beer is quite cheap, costing only $1 for a pint at the bar, but beware, you usually have to pay for water when eating out! For working days, you can always find nice cafes with good internet connection such as Café Jen or Cafedu. 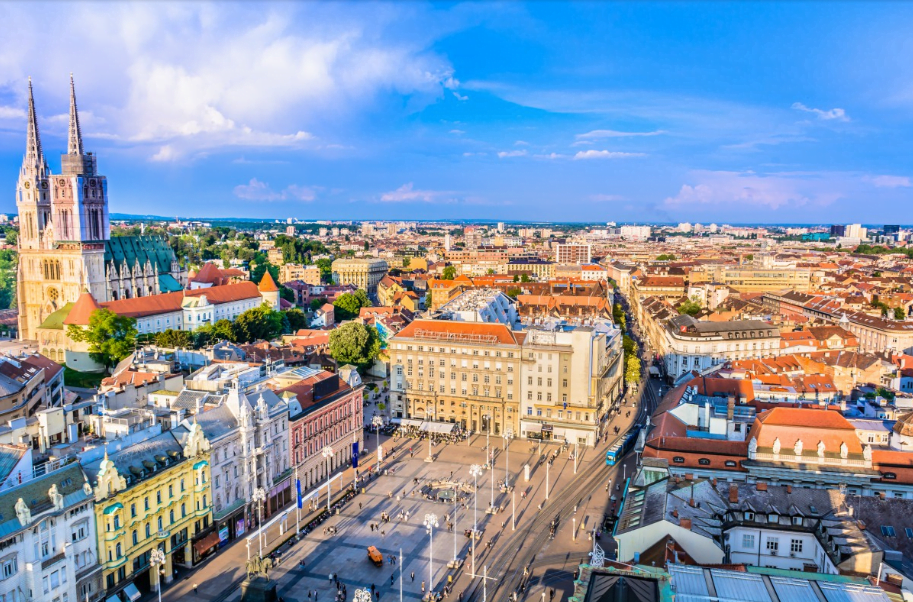 Another city that deserves attention is Croatia’s capital and largest city, Zagreb, a typical Eastern European city in terms of architecture and vibe. Originating in two medieval settlements, Gradec and Kaptol which flourished for centuries on opposite hills, Zagreb’s written history dates back almost a millennium. Its relatively small size mixed with its grand architecture can make you feel at home, but a kind of fancy home where you would normally spend your vacation. For digital nomads, it offers a great cost of living with a small but vibrant startup scene. And when you want to get a bit of work done yourself, you’ve got a choice of dozens of beautiful cafes with free wifi or coworking spaces, such as Technology Park or HUB 385. 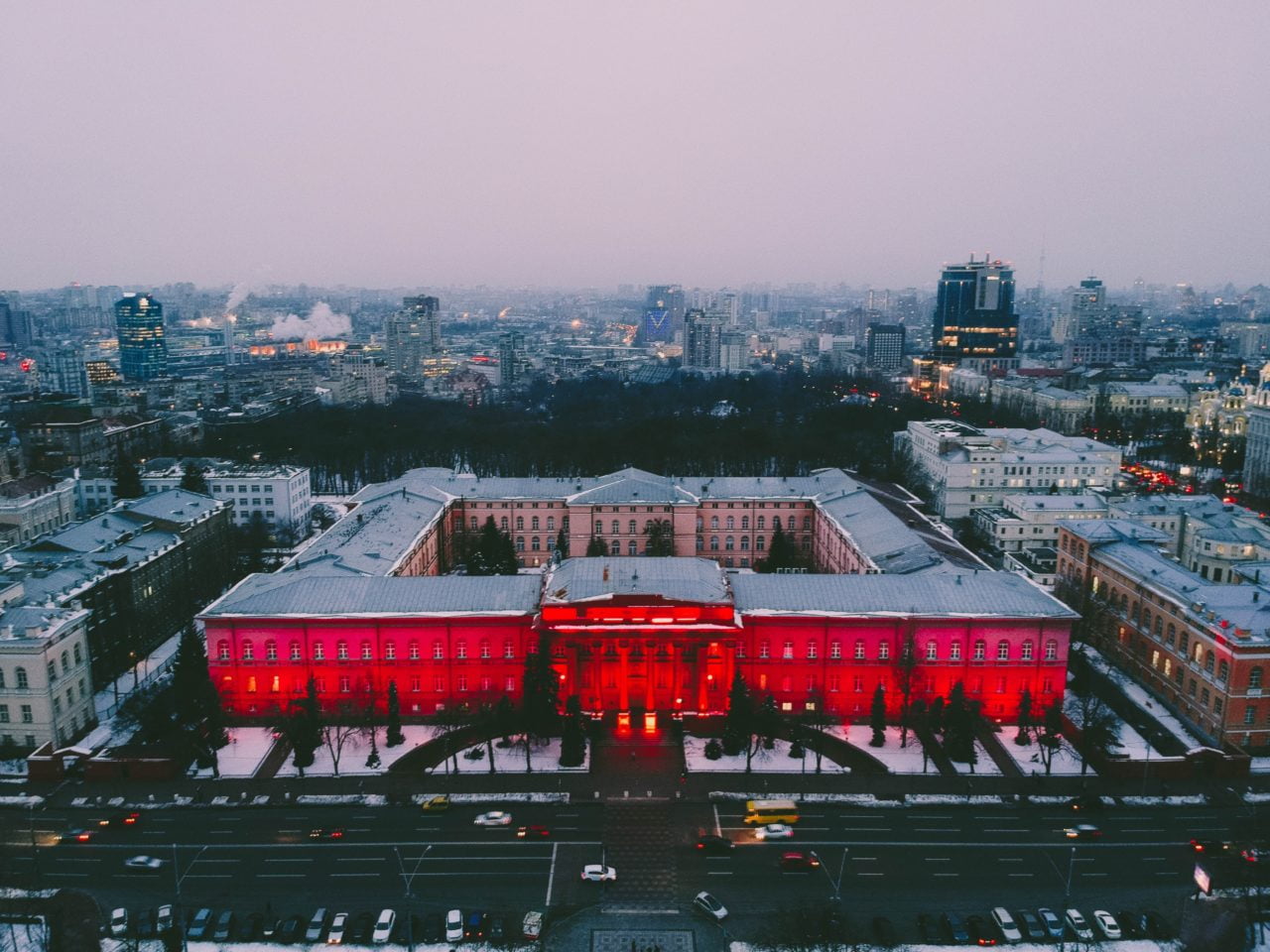 In terms of living costs, few cities offer as much value as Kiev, capital of Ukraine. A frugal traveller could get by on as little as $500/month. Kieve has a big city feel, while highly affordable compared to almost all others in Europe. Also, Ukraine is not part of the Schengen area, and thus you can stay for 3 months on a tourist visa without it subtracting from the time that you can spend in central Europe. The downside is that if you cannot speak Ukrainian or Russian, then you will likely run into a language barrier. But if you’re willing to learn another language, why not take on the challenge? 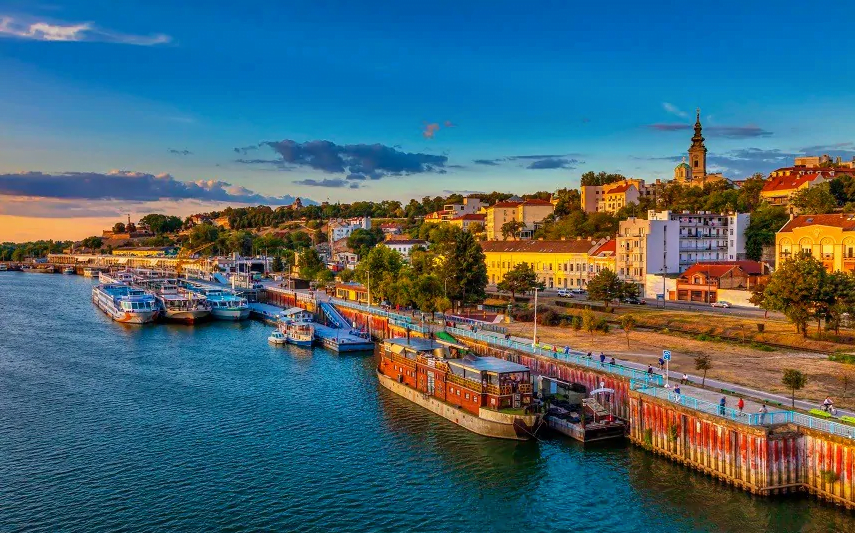 However, if this is not the moment to dive deep in a new language, Belgrade, the capital of Serbia, can be a good option. Serbians overall are very open and friendly people who are highly educated and speak great English. Belgrade has a very active nightlife, so there is always something available when you want it. This is really convenient for those among us who do not work on traditional schedules or have to work across time zones. Belgrade has also a much less harsh winter than the other destinations in the region and it is the host of DLD Salon, which stands for Digital, Life, Design and explores how the digital age fundamentally changes our lives, society and business. 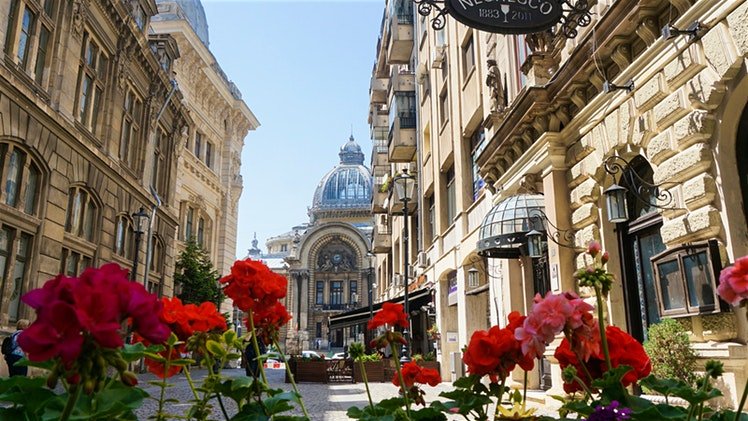 The next city on our list is Bucharest, capital of Romania. The city is known for its friendly people and a busy nightlife, where you can walk through the old town at 1 am and find people just sitting down to dinner. As the streets are brightly lit, it makes Bucharest a great place for women travelling solo. For digital nomads, Bucharest is very affordable – you could find an awesome city centre apartment for less than $30/night, and a fast internet connection can be found everywhere, as there are many coffee shops that act as a great workplace, such as Casa M60 or Grand Cafe Van Gogh. Bucharest is also another great place to be based if you want to explore Europe a little more, with dozens of cheap flights to other European cities. But you don’t even have to go far, you can travel around the country quite easily too, as Bucharest has cheap train tickets and so much to experience. Hop on a train and in a few hours, you could be at the Black Sea, the Carpathian Mountains, Dracula’s castle or even volcanic mudflats. 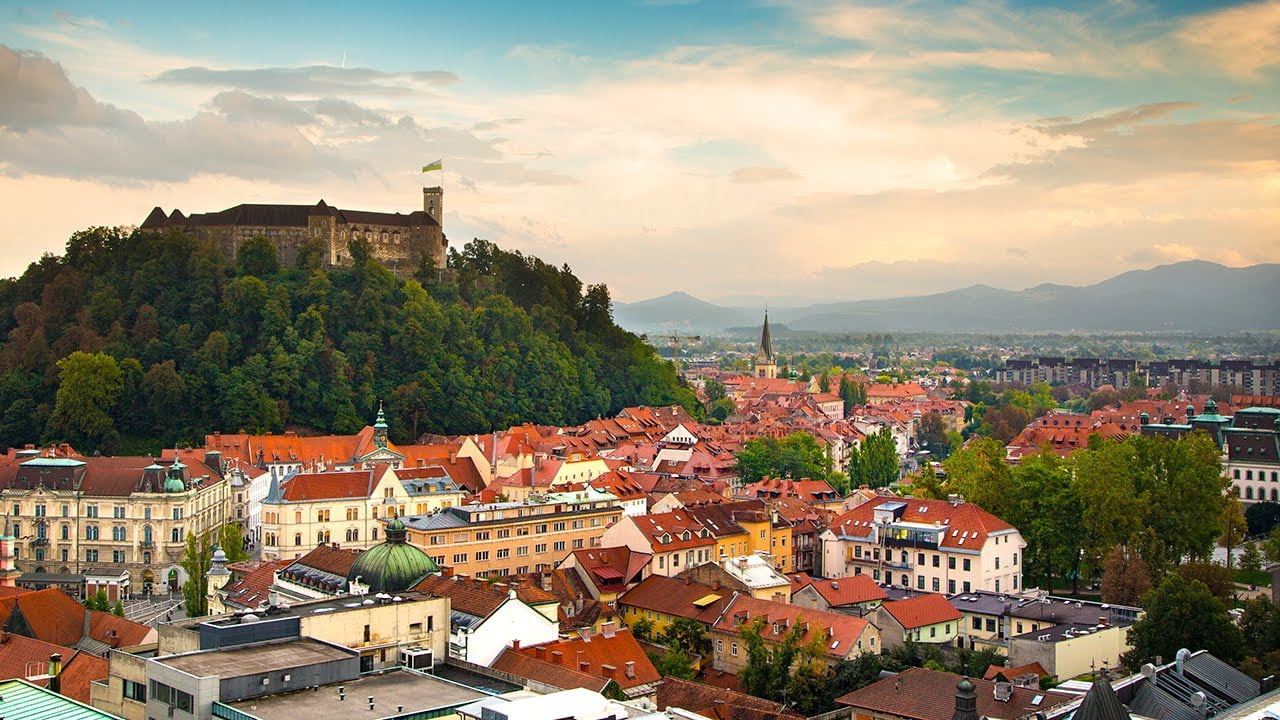 The last city on our list is Ljubljana. The capital of Slovenia is full of charm with baroque cathedrals and artistically constructed bridges. But the astonishing architecture is not the main draw for digital nomads. The youthful energy present in the city, due to the fact that the country’s largest university lies in the city centre gives Ljubljana an extra appeal. The city, however, manages to combine this university vibe with very calming energy and it is also the perfect place to escape the chaos of big cities. One of the safest cities in Europe, Ljubljana offers low cost of living and great internet access, with loads of cafes to work from such as Kavarna Rog or Bazilika. Locals also speak English and Ljubljana is a central spot in Europe to take the train to many nearby countries and landscapes!