The number one country with the freest internet in the world, Estonia has become a model for free and open internet access. Over the years, this small country in Northern Europe has invested a lot in its development and is now trying to show the world it is much more than that. The country has a very diverse natural beauty, with rocky beaches, old-growth forest, and many lakes. So to become distinct, Estonia has embarked on massive technological innovation. Clearly, the country has a lot more to offer than you thought right? So here are 15 interesting facts about life in Estonia that will make you want to book your next flight to Tallinn.

1- They really embrace technology and internet

Estonia is really stepping into the future. It was the first country in the world to adopt online voting – way back in 2005, while other countries are still thinking about it. Here, the Internet is used to its full potential, as 95% of tax returns are completed online and businesses can be registered in a matter of minutes. For that, of course, wi-fi is everywhere as, since 2002, the government built a free Wi-Fi network that covered most of the populated areas. Also, you can get 4G coverage even in the middle of the woods! As Estonia is a very internet-focused country, it is a fact widely known that it has one of the World’s best internet connection.

2- Estonia is the world’s most advanced digital society!

Today, almost all government services are managed online. Citizens, armed with a chip-and-pin identity card, can run their affairs from a laptop or phone, anywhere there is connectivity. That’s right, everyone in Estonia gets an ID card, which means you can also use for digital signatures. So, imagine having a vacation in Bali and you suddenly need to sign a document and send it to your business partner? Should you look for a printer so you can sign and scan the document or just plug your ID-card into your computer? The second choice seems a lot nicer for sure.  Whether we’re filing tax returns, booking train tickets or choosing our leaders, our ID cards are secure and easy to use.

3- Best e-residency services in the world

Are you amazed by fact number 2 and are looking for a way to get a digital ID to? Well, the Estonian government also wants to offer you the chance to do the same thing! You can now register for an e-Residency, a government-issued digital identity that enables digital entrepreneurs to establish and manage a trusted global company entirely online – no matter where you are in the world. Powered by the Republic of Estonia, the program aims to create a new digital nation for global citizens.

So if you want to open a business, once you have your card, you can go online from wherever you are on the planet, log on to the government portal with your card and PIN, and use it to form your Estonian company, then register with an Estonian bank and start trading. Because the Estonian tax office is digitally linked to Estonian banks, filing your taxes is radically simple.

GoGoPlaces is one of the many e-Residency companies,  and just like it is our mission to give all Digital Nomads out there the freedom to choose where to be, e-Residency Estonia is also focused on making the remote working lifestyle even easier.

In that way, e-Residency Estonia is a great option for those looking for a remote work lifestyle.  The program is the perfect solution for Digital Nomads who want to register and manage a company online while having access to Estonia’s wide range of business tools and getting assistance from the Estonian government with professional expertise in web design, marketing, and more! In case this just made you interested, you can find a lot more information on their official website.

As e-Residency company and after a successful experience with our digital identity, GoGoPlaces is now partnering with e-Residency Estonia to invite all e-residency members to take part in our referral program.

Based on what we have been talking about, as you can image, bank branches are gradually closing down in Estonia, simply because there is no need for them: 99% of bank transfers are made electronically either on a mobile phone or a computer. You just need your ID-card or Mobile- ID – it’s easy as that.

This is something that probably every Estonian says when they’ll meet somebody from outside of Estonia. In 2003, Skype was a small startup company in Estonia. Today this company has grown to a global business with over 300 million users.  Even though if Skype is now owned by Microsoft, it still has offices around Tallinn.

6- Estonia has more startups per person than Silicon Valley!

Estonia holds the world record for startups per person and it’s certainly outpacing the rest of Europe,  really amazing for a country with only 1.3 million people! Estonia is the 132nd-smallest country in the world by land mass. Yet, according to the Wall Street Journal, it produces more start-ups per capita than any other country in Europe. They have produced such global firms as TransferWise and Fleep, to name a few. 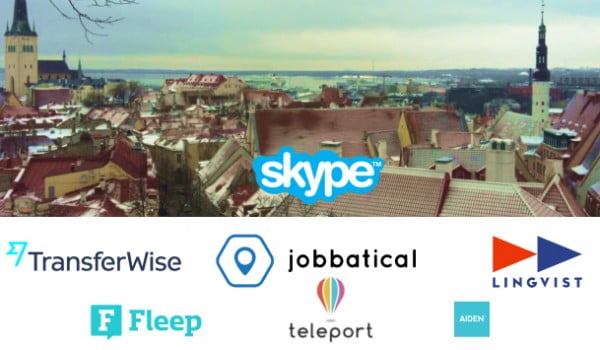 Café culture is quite popular in they can be found in almost every corner and street across the country. The cafes in Estonia are small, cozy and provide a home-like feeling to its customers. So whether you are looking for a cafe to relax or to get your job done, Estonia is the place. Remember there’s free wifi all over the country? So if you are there, you can say goodbye to those crazy afternoons desperately looking for a cafe with wifi. Anyone will do! But if you looking for tips, you can always go to Maiasmokk Cafe or La Muu. 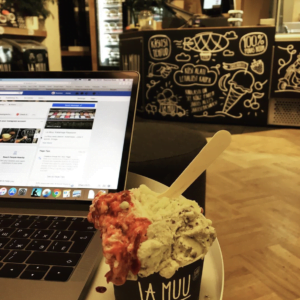 8- Tallinn was the European Capital of Culture in 2011

The European Capital of Culture is a city designated by the EU every year. This gives the selected cities the opportunity to advance their culture and show it to the world. And in 2011, Tallinn shared its Capital of Culture title with the Finnish town of Turku and organized over 250 cultural events, including theatrical, audiovisual, literature, sports and other projects throughout the year. The capital of Estonia was also voted as the best protected and intact medieval city in Europe. 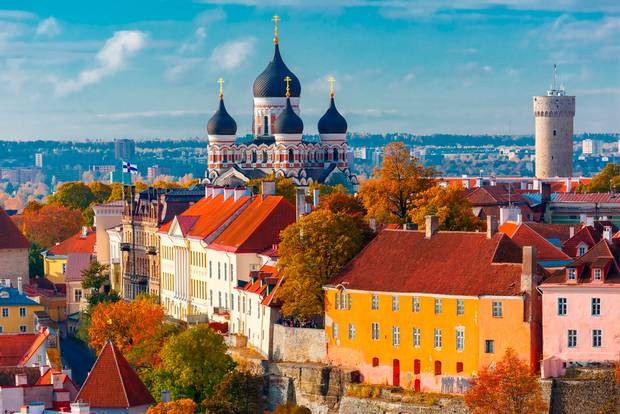 9- However, Estonia has more than one capital!

While the official capital of Estonia is Tallinn, the country is unique because it has more than one recognized capital. In fact, it has several capitals that change throughout the year. Tartu is established as the “cultural capital of Estonia”, while Parnu is known as the “summer capital”.

10- The world champion in wife carrying (yes, that’s a thing!) is Estonian

Despite Estonia being an astonishingly egalitarian country, they still produce expert wife carriers. Estonians are really adept at to this non-Olympic sport and although it originated in Finland, Estonian couples won the Wife Carrying World Championships for 11 consecutive years between 1998 and 2008, and the most popular carrying technique is even referred to as the “Estonian Carry”. 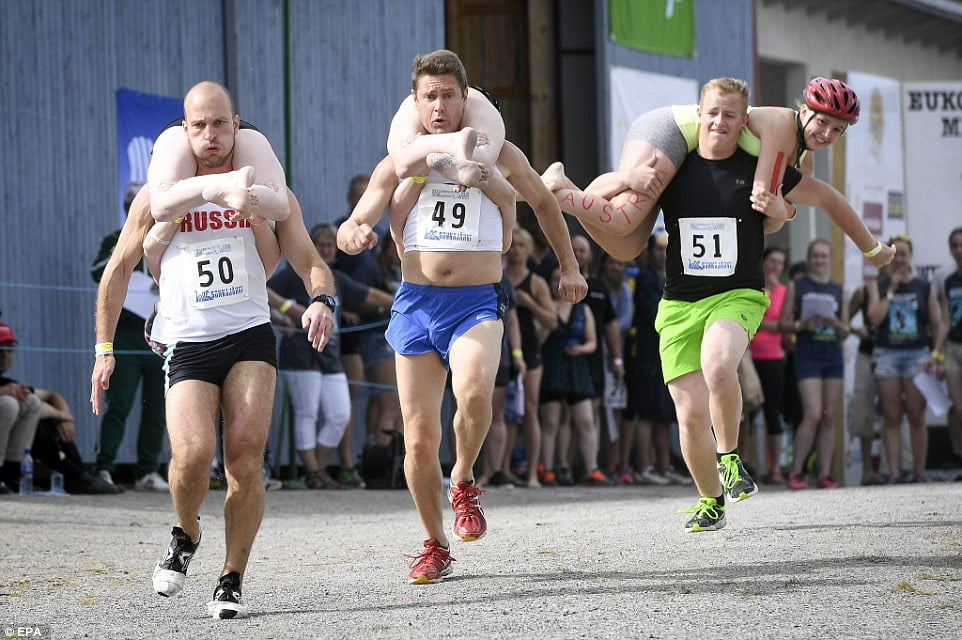 Estonia is one of Europe’s least crowded countries in the World, with a population density of 28.4 people per square kilometer. Only Finland, Sweden, Norway and Russia can beat it. It is also one of the least populous of all the EU member states (1.3 million).

12- You can take part in a competitive sauna

In Estonia, a sauna is a way of life. And for that reason, many homes have their own sauna which gets used at least once a week. If you’re on the move you can even take a sauna bus or erect a sauna tent. And like that, it is not a surprise that it has also developed into a competition. The European sauna marathon is in its 10h edition and despite the name of the competition, there’s actually only one country (Estonia) and only one city in that country (Otepää). The rules are simple. Competitors set off at noon with a list of saunas in the area and at each location must spend at least three minutes in each leiliruum (hot room) and tünnisaun (wood-fired hot tub), as well as nominate a team member to jump into each ice hole. There are expected to be more than 20 saunas taking part this year –  ranging from luxury lakeside lodges to DIY backyard constructions. 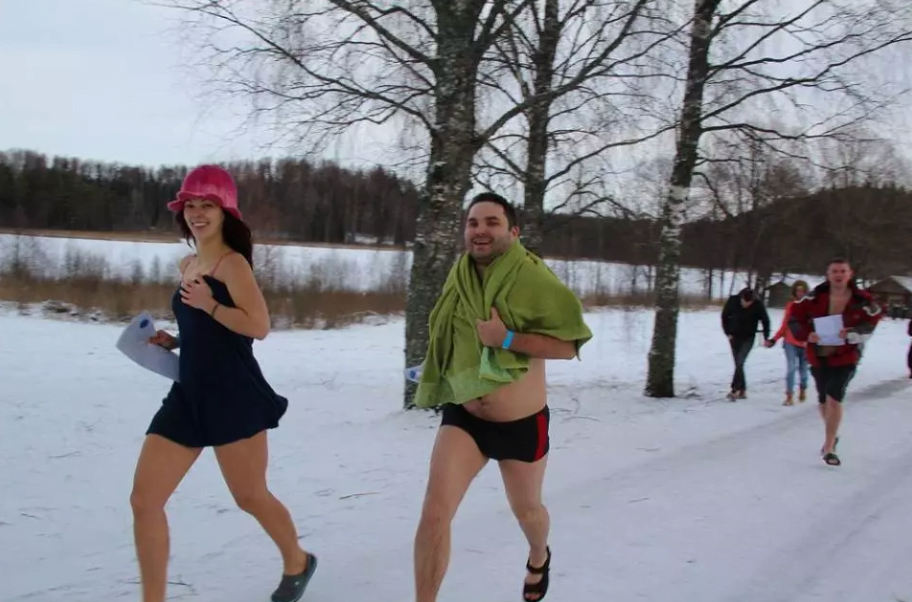 13- Getting around is really easy (and free of charge!)

Public transport is entirely free for residents of the Estonian capital, Tallinn. And if you prefer walking to places, Estonia is one of the best places to do so. The highest point in the country is Suur Munamägi (which translates as “Big Egg Mountain”), just 318 meters (1,043ft) above sea level. So It’s pretty flat!

According to a Gallup Poll, Estonia is the world’s least religious country. Just 16% of respondents said religion was an important part of their life, compared to 27% of Britons, 65% of Americans and 100% of Bangladeshis and Indonesians.

Another interesting fact about Estonia is the fact that the country has distinctly more women than men. For every 100 females in Estonia, there are 84 men – only the Northern Mariana Islands, a US territory in the Pacific, with a population of around 50,000, has a smaller percentage of males. Estonian women live 10 years longer, on average, which goes some way to explaining it. 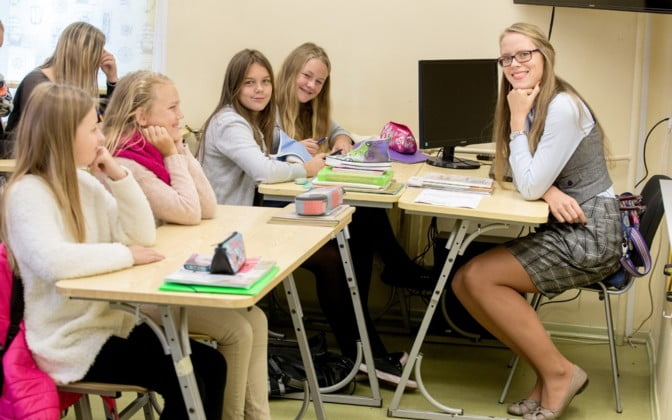 Recently, the e-Residency Program was recognized as the BOLDest Digital Government Project on e-Residency by BOLD Awards and their ambassador Celia Kuningas-Saagpakk received the award on their behalf. It recognizes Estonia’s breakthrough as the first country to offer a government-issued digital identity and status as It allows non-Estonians to access Estonian services such as company formation, banking, payment processing, and taxation.